Adventures of Huckleberry Finn, The 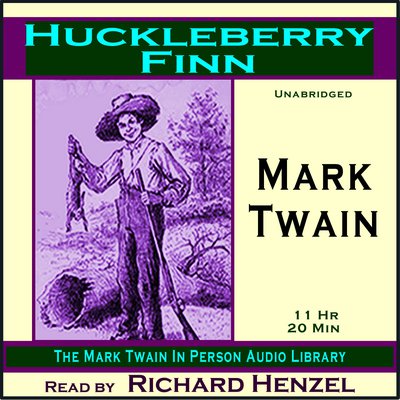 Adventures of Huckleberry Finn, The

Ernest Hemingway wrote: "All modern American literature comes from one book by Mark Twain called Huckleberry Finn." The book Papa Hemingway credits has been the subject of controversy since its publication in 1884. It is an unblinking portrait of American society during slave times, as seen through the eyes of the title character, who narrates the tale.

Thirteen-year-old Huck runs away from his alcoholic and abusive father in a stolen canoe. Hiding on a wooded island, he comes upon a slave named Jim, who is also fleeing--from slavery. the two set off down the Mississippi on a piece of a raft, each in search of his own kind of freedom.

Some critics have condemned Huck's attitudes towards slavery, his treatment of Jim, and his derogatory language, citing it as evidence that Mark Twain was a racist. But noted African American author Ralph Ellison rejects this criticism, saying "one also has to look at the teller of the tale, and realize that you are getting a black man, an adult, seen through the condescending eyes -- partially -- of a young white boy."

This Mark Twain In Person Library recording is an approximation of Mark Twain's own voice, just as his family might have heard the story for the first time in the family library.