Unless the Wind Turns 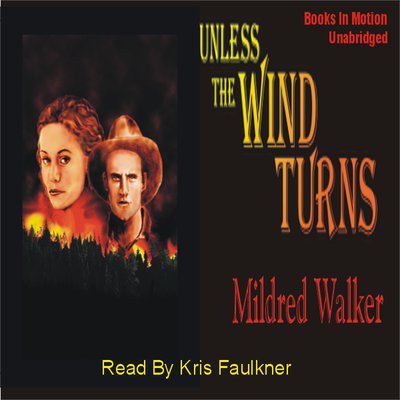 Unless the Wind Turns

John Davis has a "dull aching sense of missing out, of not getting anywhere." There must be millions like him, he thinks. His relations with his wife, Serena, are shallow and unsatisfying. In the late 1930's, he tries to rekindle their marriage by bringing her to a special place from his past, the Montana mountains. He is chagrined when she ask other people to join them on the camping trip. Plans are further disrupted by a catastrophe, a forest fire that rages uncontrolled for three days. Forced to reach outward to others in this crisis, the members of the party ultimately have to face themselves as well. UNLESS THE WIND TURNS is fast-moving and psychologically nuanced.