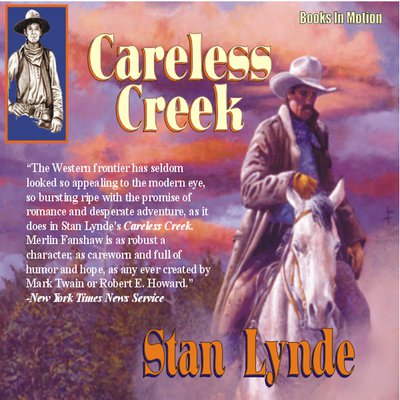 Merlin Fanshaw is the "Bodacious Kid." Now, as a young man, he finds himself the proud new owner of a blood-bay thoroughbred race horse. After his parents death, Merlin had been semi-adopted by livery owner Walt Finkleman. But now old Walt is dead and Merlin is alone, except for the prized horse the kind old man left to him. Touched by the inheritance, Merlin sees the horse, Quicksilver, as a chance to change his future. Quicksilver could win him fortune and fame at the racetracks. Merlin was right about the horse changing his future, after winning at the races, his horse is now coveted by unsavory horse thieves who will stop at nothing to make Quicksilver their own. Thus begins another wild-ride of a chapter in Merlin Fanshaw's life, as he faces a showdown, escapes from a posse, and meets up again with the beautiful Crow Indian, Pandora Pretty Hawk...who is on the run herself. A thoroughly enjoyable ride through the Old West.