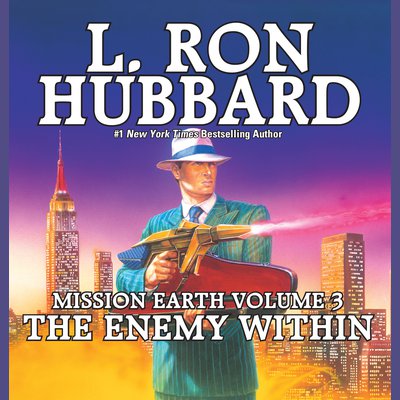 Do you know who your enemies are?

Your neighbor? Your boss? Your butcher? Your wife?

Only the Voltarians know for sure. They've successfully infiltrated our little world — and it may never be the same. They walk among us. They work among us. And they're making themselves right at home, prepping the planet for a power play unlike any you've ever seen before.

In this web of espionage, intrigue, and betrayal - even Voltarian Royal Combat Engineer Jettero Heller doesn't know who he can trust. He's hard at work creating a gasoline substitute to fuel his '68 Caddy in a Long Island automobile race — a development that could have dramatic consequences for the entire human race. As such, he poses a grave threat to the powers that be.

Now, his treacherous fellow Voltarian, Soltan Gris, has formed a secret alliance with a cabal that includes a dirty DC politician, a ruthless billionaire industrialist and a mysterious media madman. Their mission: terminate Jettero Heller.