Passion for Fashion, A 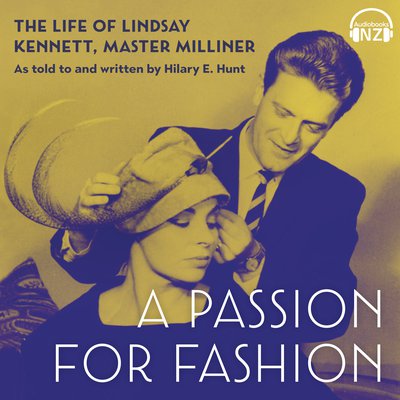 Passion for Fashion, A

The life of Lindsay Kennett Master milliner. Lindsay Kennett developed his passion for fashion as a young boy in the isolated Paradise and Glenorchy regions of Otago. The fashionable clothes worn by day tourists arriving at Glenorchy on the Lake Wakatipu steamers intrigued Lindsay and provided the genesis of his career as a master milliner. By the time Lindsay entered art school in Dunedin, he was a young man obsessed with drawing, painting and creating shapes and designs. Work as a department store window dresser and fashion illustrator in Dunedin led to similar work in Wellington. There, he taught himself to make hats. Soon after, he moved to Auckland, securing immediate success when Aage Thaarup, the Queen’s milliner, asked Lindsay to help him make hats for society clientele during the Queen’s 1953 visit to New Zealand. Lindsay went on to create hats for fashion-conscious women all over New Zealand. His millinery salon in Parnell attracted many interesting patrons, and his numerous ‘travelling hat shows’ brought delight to all who attended them. During these years, Lindsay embraced New Zealand’s increasing receptiveness to international influences. He revelled in films, music and new foods, enjoyed a full social life and continued to paint and sketch whenever time permitted. Since his ostensible retirement in Dunedin in the early 1990s, Lindsay has held sell-out shows and exhibitions of his hats and artwork to raise money for charities, been much in demand as a raconteur, and helped women in Niue shape their traditional woven straw hats into fashion statements. Superb photographs of just some of Lindsay’s collection of 100 hats illustrating millinery fashions from 1900 to 1990 complement this engaging memoir.