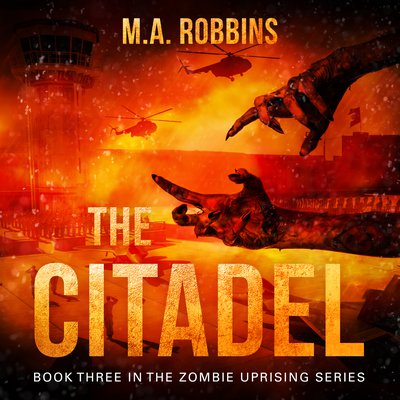 A million zombies. A deranged army commander. A smartass survivor who must stop them both.

After escaping Alaska, Jen Reed finds herself stuck in the middle of a zombie war. With one lone outpost remaining between the undead hordes and civilization, the pressure is on when she realizes the virus is mutating.

To make matters worse, she discovers a renegade army commander’s plans for controlling the zombies and marching on Washington. Can Jen stop the commander, warn the government, and keep from becoming zombie chow all at once?

The Citadel is the third book in the Zombie Uprising series. If you like a witty lead character, tons of action, and twists you won’t see coming, then you’ll love The Citadel.