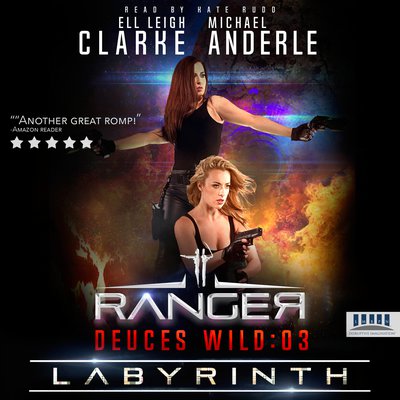 When Nickie receives a plea for help she does what any young rebel on a sabbatical would do.

Little does she know quite who and what happen to follow the message.

One volcanic labyrinth, a rock monster, and a hike with a new team later she finds herself on a new mission of her own. And this time, she has no idea what’s in store for her.

Meanwhile her Aunt Tabitha’s diary tells the tales of escapades that serve as lessons and warnings about allowing ones’ preconceptions to flavor Tabitha’s assumptions.

For Hirotoshi and Ryu, it’s a full time job to keep Ranger 2 on the straight and narrow while not rounding up the one alien Tabitha is absolutely positive is responsible.

Plus, there are fights.

Because, with Tabitha around, there are always fights.

Join Nickie, and The Kurtherian Gambit’s original Ranger 2, Tabitha, on a rip-roaring, brawling adventure to save the frontier from slavery, shenanigans and the ‘Skaine’ of the universe.