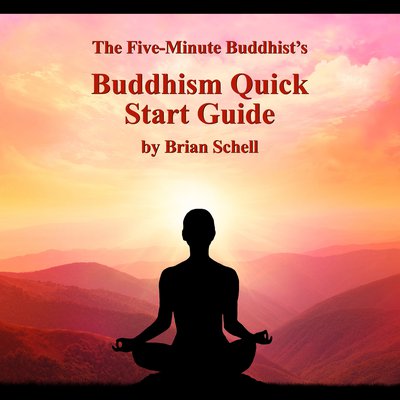 Welcome to the world of Buddhism!

Americans and others in the West have certain expectations and images that come to mind when the word "Buddhist" comes up. Most people have seen the Dalai Lama on the news or in magazines, and he has almost become synonymous with Buddhism in general. The truth is that by far, the majority of the world's Buddhists are not bald Asian men in orange robes. Buddhists look like you or me— just normal people who try to fit the ideas developed by Buddha into a normal modern life.

There are five short chapters:

Who was the Buddha?

What is not included?

You will not find any religious doctrine, prayers, or rituals beyond some very basic ideas. The Buddha set down some very clear philosophical ideas, and those ideas were later expanded into may varied religious traditions. You will also find very little jargon and only a few foreign words.

Note: This short introductory booklet is made of excerpts from “The Five-Minute Buddhist.”