Breath of Hope, A 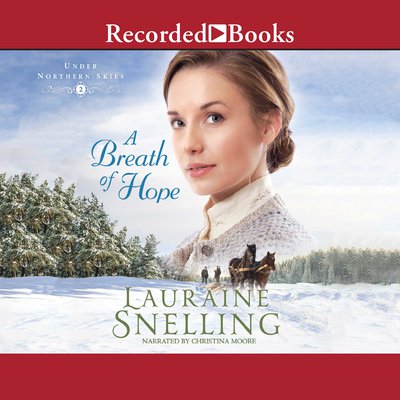 Breath of Hope, A

The Minnesota frontier is nothing like Nilda Carlson imagined. After a terrifying experience in a lumber camp, she finds a safe job helping a young widow. When she meets Fritz, she is initially uninterested in his overtures. But as he begins to win her over, would loving him mean abandoning her goals—or simply exchanging one dream for a different one?

Nilda Carlson has been trying to save enough money to go to America for months, so when a letter arrives, with an offer to pay her passage, she jumps at the chance. Her younger brother Ivar accompanies her, and they are thrilled to join older brother Rune and his family in the northern forests of Minnesota. But America is not everything Nilda imagined. A terrifying experience in a lumber camp shakes Nilda's confidence and trust in men, but a job helping a young widow raise her children and run her farm gives her a chance to build her own life.

When she meets Fritz, the children's schoolteacher, she is initially unimpressed and uninterested. His kindness and passion for learning begin to win her over, but how can she sacrifice her dreams for the future for a man she's still not sure of?