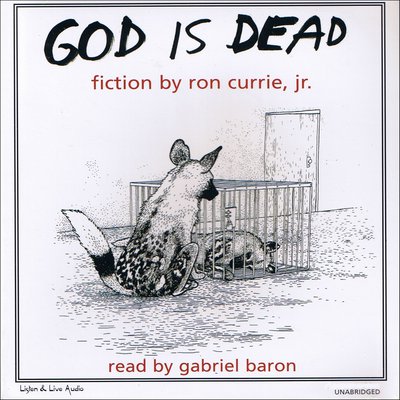 From a mind-blowing new talent, an audacious novel that imagines the world after God descends to Earth as a Dinka woman from the Sudan and subsequently dies in the Darfur desert. The result is a world both bizarrely new yet eerily familiar. In Currie’s provocative, wise, and emotionally resonant novel we meet God himself; the Dinka woman whose mortality He must suffer when He inhabits her body; people all over the world coping with the devastating news of God’s demise; a group of young men who, fearing the end of the world, take fate into their own hands; mental patients who insist that a god still exists; armies taking up the eternal war between fate and free will; and parents who, in the absence of a deity and the “lack of anything to do on Sundays,” worship their children. On the surface, this world utterly transformed-yet certain things remain unchanged: protective parents clash with willful, idealistic teenagers; idols are exalted; small town rumor mills run unabated; and children often don’t realize how to forgive their parents until it’s too late. In God Is Dead, Currie brings together a prescient satirical gift worthy of Jonathan Swift, the raw appeal of Chuck Palahniuk’s blackest comedy, and the thought-provoking ethical questions of Kurt Vonnegut, all with a light touch, empathy, and wisdom that make for an exhilarating reading experience. Off beat yet accessible, God Is Dead is an exciting debut from a fresh new voice in contemporary fiction.