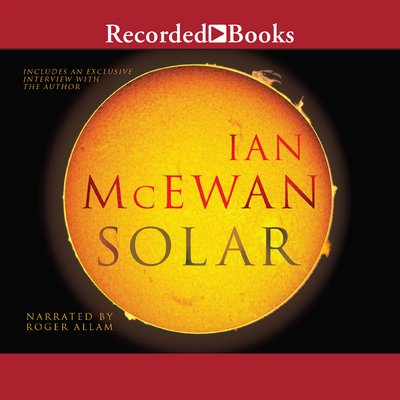 Universally acclaimed as one of the world’s greatest novelists, Ian McEwan is a Booker Prize-winning, best-selling literary master. He displays a fresh facet of his considerable talent in Solar, a satirical novel rife with blistering humor. Nobel Prize-winning physicist Michael Beard is fast approaching 60, a mere shell of the academic titan he once was. While his fifth marriage falls apart, Michael suddenly finds himself with an unexpected opportunity to reinvigorate his career and possibly save humankind from the growing threat of global warming.