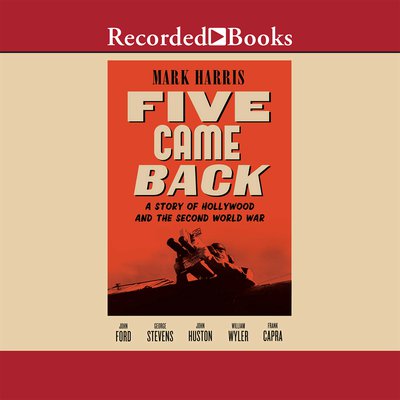 A Story of Hollywood and the Second World War

In Pictures at a Revolution, Mark Harris turned the story of the fi ve movies nominated for Best Picture in 1967 into a landmark work of
cultural history about the transformation of an art form and the larger social shift it signifi ed. In Five Came Back, he gives us something even more
remarkable: the untold story of how Hollywood changed World War II, and how World War II changed Hollywood, through the director’s lens.
It is little remembered now, but in prewar America, Hollywood’s relationship with Washington was decidedly tense. Investigations into
corruption and racketeering were multiplying, and hanging in the air was the insinuation that the business was too foreign, too Jewish, too “un-
American” in its values and causes. Could an industry with such a powerful infl uence on America’s collective mindset really be left in the hands of
this crew?