Mists of Avalon, Book Three, The 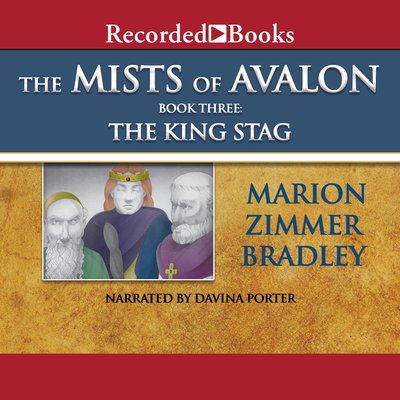 Mists of Avalon, Book Three, The

This imaginative retelling of the Arthurian legend centers around the pagan priestesses of Avalon, who compete for the soul of Great Britain against the rising tide of Christianity.

Book Three takes the listener deeper into the political/religious rivalry in the years following Arthur’s coronation. Gwenhwyfar, in possession of a terrible secret, manipulates her husband to secure his loyalty to the Christian church, while Vivian’s decision to confront Arthur over his betrayal of Avalon results in tragedy.

Behind the scenes, Morgaine arranges the marriage of Lancelet, who has become desperate over the hopeless triangle at Camelot. When Gwenhwyfar hears of his marriage, she vows revenge. Through her own marriage to Uriens of North Wales, Morgaine works to strengthen the cause of Avalon. She returns briefly to the Isle of Mists, only to discover that the time is not yet ripe for her to reign. Book Three concludes with the arrival of young Gwydion (Mordred) on the scene.