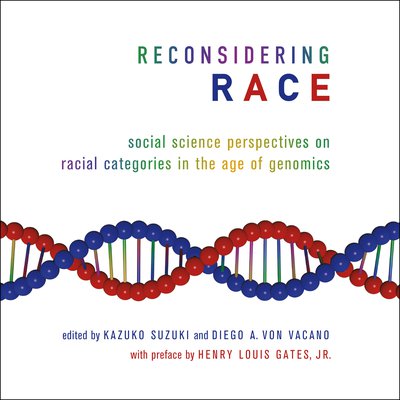 Social Science Perspectives on Racial Categories in the Age of Genomics

Race is one of the most elusive phenomena of social life. While we generally know it when we see it, it's not an easy concept to define. Social science literature has argued that race is a Western concept that emerged with the birth of modern imperialism, whether in the 16th century (the Age of Discovery) or the 18th century (the Age of Enlightenment).

This audiobook points out that there is a disjuncture between the way race is conceptualized in the social sciences and in recent natural science literature. In the view of some proponents of natural-scientific perspectives, race has a biological — and not just a purely social-dimension. The audiobook argues that, to more fully understand what we mean by race, social scientists need to engage these new perspectives coming from genomics, medicine, and health policy.

This audiobook considers three fundamental tensions in thinking about race: one between theories that see race as fixed and those that see it as malleable; a second between Western (especially US-based) and non-Western perspectives that decenter the US experience; and a third between sociopolitical and biomedical concepts of race.