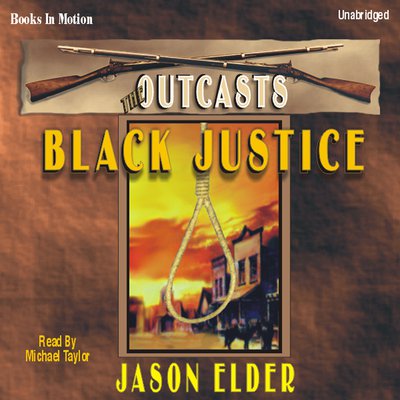 They were a rootless bunch, friendless and unwanted, shunned by everyone except each other. They were the Outcasts, a ragged group of men who made their own way through an unforgiving West. They knew what it was like to be hated, and recognized injustice when they saw it. So when they saw an innocent black wrangler framed for a murder he didn't commit, it stuck in their craw. Some of the townspeople called the sham trial "Black Justice." To the Outcasts it was just a legal excuse for a lynching. Either way, an innocent man had an appointment with the hangman...unless the Outcasts could find the real murderer in time.