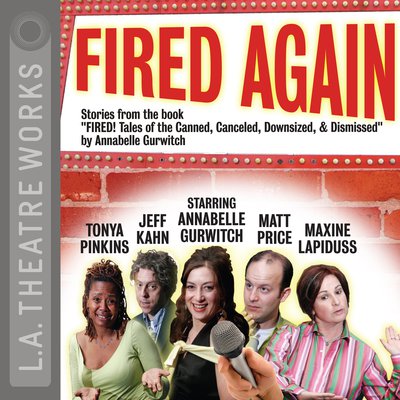 If you spend time at all in the work place you're going to get laid off, downsized, let go, out-sourced, axed, terminated, canceled, canned, dismissed - Fired! Odds are you might even get Fired Again! Annabelle Gurwitch's hugely popular book “Fired: Tales of the Canned, Canceled, Downsized and Dismissed” has led to the production of a hit movie in addition to the audio-play released by LA Theatre Works.