This Is Our Youth 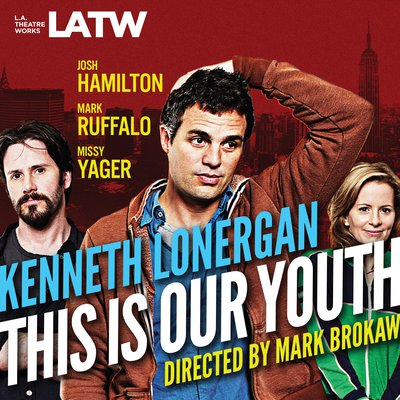 This Is Our Youth

Starring Mark Ruffalo, Josh Hamilton and Missy Yager, the original cast was reunited for this exclusive L.A. Theatre Works performance of This is Our Youth. In 1982, on Manhattan's Upper West Side, three pot-smoking teenagers are resoundingly rejecting the 1960’s ideals of their affluent parents. In hilarious and bittersweet detail, This is Our Youth follows forty-eight turbulent hours in the lives of three very lost souls at the dawn of the Reagan Era.

Includes an interview with playwright Kenneth Lonergan, director Mark Brokaw and the three actors who originated the roles of Warren, Dennis and Jessica – Mark Ruffalo, Josh Hamilton, and Missy Yager.

Directed by Mark Brokaw. Recorded before a live audience at the Skirball Cultural Center, Los Angeles.