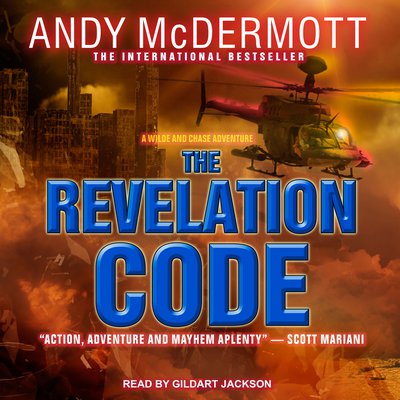 In the heart of Iraq, on the eve of Operation Iraqi Freedom, a CIA special forces unit met with Arab rebels near long-hidden ancient ruins, a place from which the Americans were direly warned to stay away. But team member Ezekiel Cross didn't listen and made an astounding discovery-one worth killing for.

Now Cross is a ruthless cult leader on an ominous mission. Convinced that he's unlocked the secrets of the Bible's Book of Revelation, he's determined to gather four stone angels that will trigger God's promised End of Days. And he's not alone. A former U.S. president, with a vision of all-out religious warfare, plays a role in the dark plot. But while Cross may have the clues to tracking down the remaining angels, he hasn't been able to match them to real-world locations. For that he has coerced famed archaeologist Nina Wilde into assisting him, using her husband, ex-special forces soldier Eddie Chase, as collateral.

With Eddie held hostage, Nina is forced to recover relics of untold power from Rome to Israel. She must find a way to halt Cross's mad quest, because the last piece of the puzzle is at hand-and with it comes the most terrifying revelation of all.