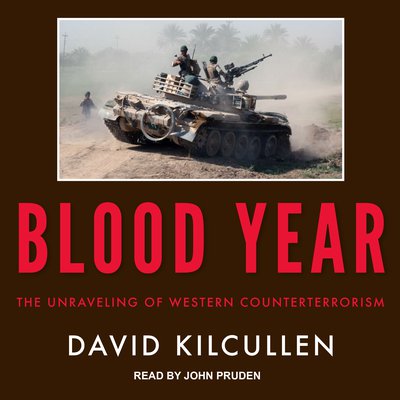 The Unraveling of Western Counterterrorism

2014 has the potential to go down as a crucial year in modern world history. A resurgent and bellicose Russia took over Crimea and fueled a civil war in Eastern Ukraine. Post-Saddam Iraq, in many respects a creature of the United States because of the war that began in 2003, lost a third of its territory to an army of hyper-violent millennialists. The peace process in Israel seemed to completely collapse. Finally, after coalescing in Syria as a territorial entity, the Islamic State swept into northern Iraq and through northeastern Syria, attracting legions of recruits from Europe and the Middle East.

David Kilcullen was one of the architects of America's strategy in the late phases of the second Gulf War, and also spent time in Afghanistan and other hotspots. In Blood Year, he provides a wide-angle view of the current situation in the Middle East and analyzes how America and the West ended up in such dire circumstances. This is an essential book for anyone interested in understanding not only why the region that the U.S. invaded a dozen years ago has collapsed into utter chaos, but also what it can do to alleviate the grim situation.