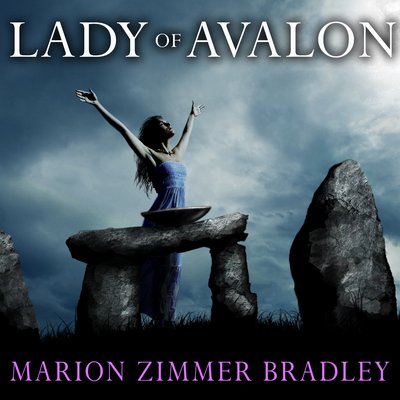 A new age is coming...The King will come...and he will rule forever in Avalon.

Through the generations the women of Avalon prepare for the coming of the Defender, the sacred king who will guard the old ways of the Britons and save their land from destruction. On the holy isle of Avalon, hidden in the mists between the world of Faerie and the world of men, they wait.

For High Priestess Caillean, facing the Roman foe, salvation comes not through victory, but bitter sacrifice. Two hundred years later her successor, Dierna, faces a new enemy: the Saxon hordes who assail her people like savages. By the time of Viviane, Britain seems wholly lost. But a Merlin is made amongst the Druids once more, and the day of the Defender, who will come to be known as Arthur, draws close.

A spellbinding historical fantasy, Lady of Avalon links the bestselling novels in the Avalon series-The Forests of Avalon and The Mists of Avalon.