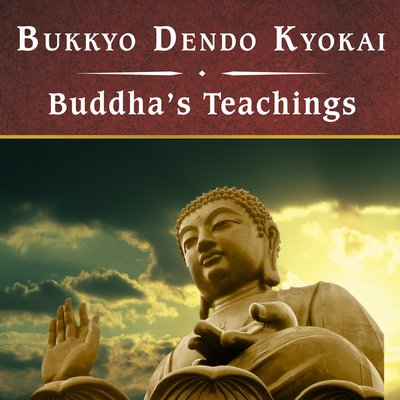 Like all great religions, Buddhism teaches the importance of spiritual, or holy, values. This religion teaches that if a person has a pure mind, everything he does will be pure and decent, and that if he has a pure heart, all happiness will come to him.

First published in 1925, Buddha's Teachings was originally edited by Japanese scholars of Buddhism before WWII and distributed widely throughout Japan. The first English edition was published in 1934. The Reverend Dr. Yehan Numata brought out another English edition in 1962, and in 1966, after the establishment of the Bukkyo Dendo Kyokai (Society for the Promotion of Buddhism), Dr. Numata assembled a committee of Buddhist scholars to substantially revise and edit a new English-Japanese edition. Buddha's Teachings has undergone minor revisions and numerous reprintings since. It is now available in forty-one languages, and over 7 million copies have been distributed and placed in hotel rooms in over fifty countries throughout the world.