Hero from Nithdale Station, The 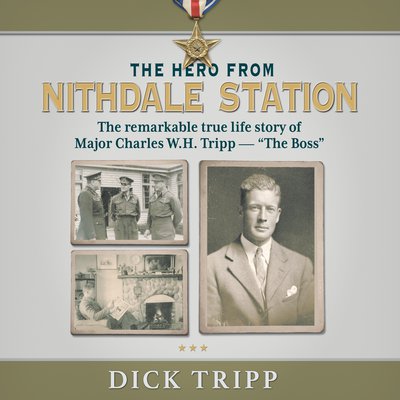 Hero from Nithdale Station, The

Narrated By: Ian A, Miller

Be inspired by the courage of this hard-working Southland farmer who led the First Commando Fiji Guerrillas in World War II.

My parents were an exceptional couple. Their characters and influence in the local community, the farming world and in a much wider sphere were significant. My father’s contribution to the war effort in the Solomon Islands, and the well-deserved Silver Star awarded to him by the Americans, is a unique story that you will not find in many of the war histories. My mother also made a huge impact in her community and was awarded a QSM for her work. ~DICK TRIPP

A more enjoyable glimpse into the life and times of one of this community’s cornerstone families I haven’t ever experienced. ~Tracy Hicks, Gore District Mayor

What better way do we have to learn other than from those who have gone before us. ~Ian (Inky) Tulloch, former Mayor of Gore District

What an interesting and unique book this is! It combines two things that New Zealand readers love: tales of how our back country was tamed, and action adventures of our modest war heroes. ~Dr Bob Robinson, Laidlaw College

DICK TRIPP was born on Nithdale Station in the south of New Zealand. He attended Cambridge University, where his father and grandfather had attended before him. He is on the Board of the family farm, now owned by one of his sons. He has written many books and considers it a privilege to honour his father and mother in this collection of true stories. Dick is married to Sally, and they have three sons and eight grandchildren