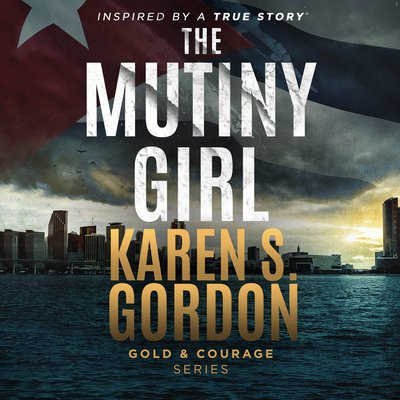 "An outstanding debut thriller that has it all: misdirection, intrigue, murder, and family. Captivating and engrossing." —The BookLife Prize

"An engagingly written series starter with a bounty of plot twists and Miami Vices." — Kirkus Reviews

An iconic Florida waterfront hotel with a dangerous past.

An ex detective turned lawyer with his own playbook.

Vance Courage knows all too well the Hotel Mutiny was once the secret enclave for Miami's notorious Cocaine Cowboys. Law enforcement, drug lords, and lots of shady operatives lived it up inside the Mutiny's high security private club.

Outside the hotel, Miami was a war zone. The coroner stored murder victims in rented refrigerated trucks. Witnesses and jurors disappeared. A federal judge was gunned down outside his home.

But that was a different era. Or was it?

Courage is a lawyer now and his practice is on the skids. When a fugitive sneaks into Miami from Cuba, it unleashes demons from the past. Characters from the Cocaine Cowboy days are cropping up — including an enticing woman he meets on a dating app. With his life going nowhere fast, he wonders what they want with him. And why now?

This paradoxical tale of murder, tenderness, corruption, and family will get inside your head and won't let go until you've read the final word.