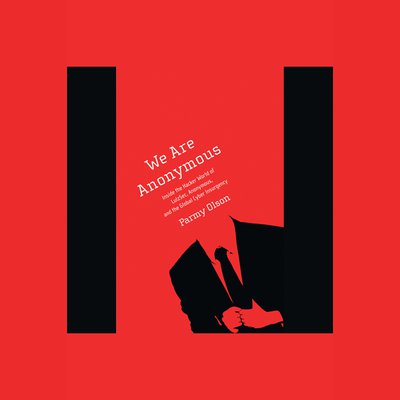 Inside the Hacker World of LulzSec, Anonymous, and the Global Cyber Insurgency

A thrilling, exclusive expose of the hacker collectives Anonymous and LulzSec.

WE ARE ANONYMOUS is the first full account of how a loosely assembled group of hackers scattered across the globe formed a new kind of insurgency, seized headlines, and tortured the feds-and the ultimate betrayal that would eventually bring them down. Parmy Olson goes behind the headlines and into the world of Anonymous and LulzSec with unprecedented access, drawing upon hundreds of conversations with the hackers themselves, including exclusive interviews with all six core members of LulzSec.

In late 2010, thousands of hacktivists joined a mass digital assault on the websites of VISA, MasterCard, and PayPal to protest their treatment of WikiLeaks. Other targets were wide ranging-the websites of corporations from Sony Entertainment and Fox to the Vatican and the Church of Scientology were hacked, defaced, and embarrassed-and the message was that no one was safe. Thousands of user accounts from pornography websites were released, exposing government employees and military personnel.

Although some attacks were perpetrated by masses of users who were rallied on the message boards of 4Chan, many others were masterminded by a small, tight-knit group of hackers who formed a splinter group of Anonymous called LulzSec. The legend of Anonymous and LulzSec grew in the wake of each ambitious hack. But how were they penetrating intricate corporate security systems? Were they anarchists or activists? Teams or lone wolves? A cabal of skilled hackers or a disorganized bunch of kids?

WE ARE ANONYMOUS delves deep into the internet's underbelly to tell the incredible full story of the global cyber insurgency movement, and its implications for the future of computer security.