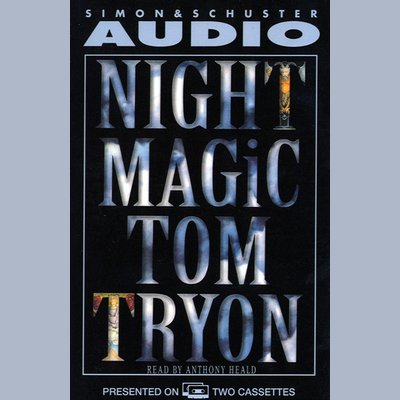 From the bestselling author of The Other and Harvest Home...His Final Horror Classic!

Apprentice to an evil unknown.

In the bestselling tradition of Mary Reilly, the late Tom Tryon returns to the horror genre for one final triumph -- a spellbinding modern-day retelling of The Sorcerer's Apprentice.

It happens in front of the Metropolitan Museum in New York City. As Michael Hawke, an ambitious young street performer, works the crowd with his usual combination of mime and magic tricks, he is suddenly lured by an odd, old man who possesses a power that transcends trickery. From that moment on, Michael's whole life changes.

In his pursuit of the stranger who gave him his first taste of real magic, Michael finds himself drawn deeper and deeper into the sorcerer's web of mysteries, and ultimately into a trap from which there can be no real escape. Torn between the love for his girlfriend, Emily, and the demand by Max, the sorcerer, that he commit himself body and soul to the study of the mystical arts, Michael is forced to carry out the most difficult performance of his life. Only by calling upon his every reserve of mind and will can he hope to save Emily from the blackest form of magic -- Night Magic -- which envelops them both.