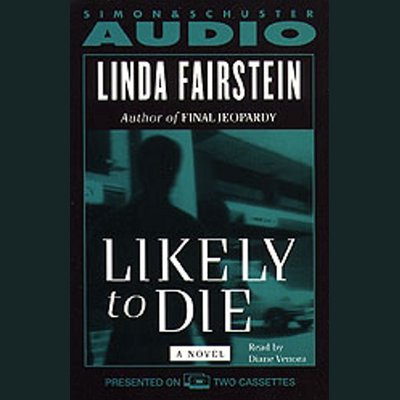 It's 5:38 on a March morning when Alex's phone jars her awake. Homicide detective Mike Chapman is at the scene of a sexual assault and murder. It's a perfect case for Alex and her special skills.

Dr. Gemma Dogen was a neurosurgeon at Mid-Manhattan Medical Center, the oldest and largest hospital in New York City. She was found barely breathing, on the floor of her blood-soaked office. It was too late to save her. In cop parlance, she was a "likely to die."

Alex's team faces immense problems. The more than fifteen-hundred-bed complex and its medical college are connected to the Stuyvesant Psychiatric Center, and all three buildings sit on top of a maze of underground tunnels which are populated by scores of transients. Anybody could have been near Gemma Dogen's office the night of the murder. Although she tries to juggle many cases, Alex is haunted by this one. But when the killer beginning to focus on Alex, she, herself, may soon bear the tragic label "likely to die."

An example of riviting storytelling and a powerful behind-the-scenes view of the exciting, challenging life of a Manhattan sex crimes prosecutor, Likely to Die strengthens Linda Fairstein's position as an international crime-writing star.