Convict and Other Stories, The 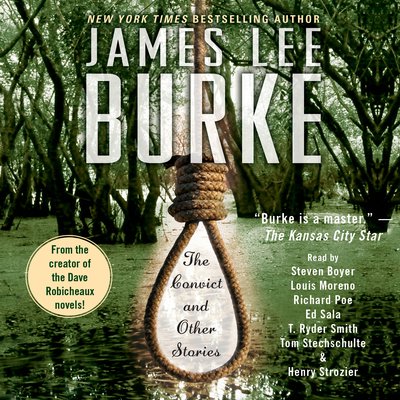 Convict and Other Stories, The

From one of the country's most acclaimed and popular novelists comes a selection of a dozen short stories "that strike to the heart" (Publishers Weekly) set in James Lee Burke's most beloved milieu, the Deep South.

James Lee Burke has become a dedicated voice for the people of Louisiana, especially post-Katrina. This collection demonstrates the depth of his feeling for the state that has always been such a study in contrasts: rural and urban, old and new, wild and civilized.
In this moving collection of stories, first published in 1985, James Lee Burke elegantly marries his flair for gripping storytelling with his lyrical writing style and complex, fascinating character portraits. Burke revisits the backdrop of the Gulf Coast, which he so loves, in a series of stories that covers the scope of human experience-from love and sex to domestic abuse to war and death and friendship. These portraits of lush, mysterious Louisiana and the people who live there, by turns heartwarming and dangerous, give fans a new glimpse of the gifts that have made Burke an international bestseller.