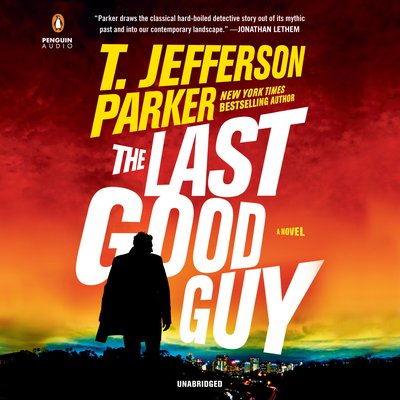 In this electrifying new thriller from three-time Edgar Award winner and New York Times bestseller T. Jefferson Parker, Private Investigator Roland Ford hunts for a missing teenager and uncovers a dark conspiracy in his most personal case yet.

When hired by a beautiful and enigmatic woman to find her missing younger sister, private investigator Roland Ford immediately senses that the case is not what it seems. He is soon swept up in a web of lies and secrets as he searches for the teenager, and even his new client cannot be trusted. His investigation leads him to a secretive charter school, skinhead thugs, a cadre of American Nazis hidden in a desert compound, an arch-conservative celebrity evangelist—and, finally, to the girl herself.

The Last Good Guy is Ford's most challenging case to date, one that will leave him questioning everything he thought he knew about decency, honesty, and the battle between good and evil...if it doesn't kill him first.