No Room For Error 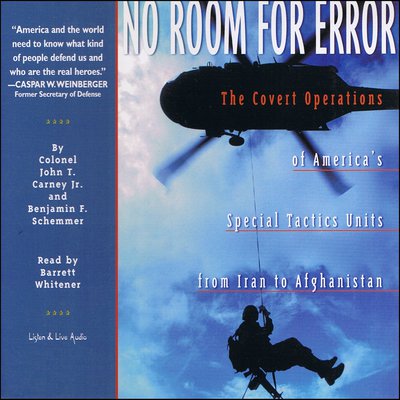 No Room For Error

When the U.S. Air Force decided to create an elite “special tactics” team in the late 1970s to work with special-operations forces, John T. Carney was the man they turned to.

Since then Carney and the U.S. Air Force Special Tactics units have circled the world on clandestine missions. They have combated terrorists and overthrown dangerous dictators. They have suffered eighteen times the casualty rate of America’s conventional forces. But they have gotten the job done.

Now, for the first time, Colonel Carney lifts the veil of secrecy and reveals what really goes on inside the special-operations forces that are at the forefront of contemporary warfare.