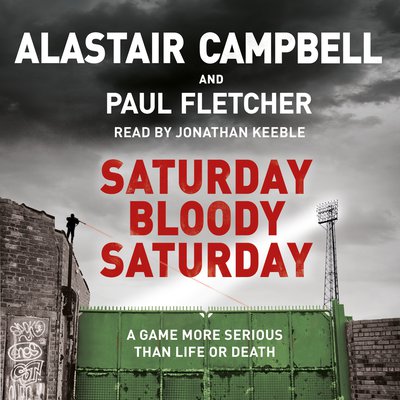 February 1974. Football manager Charlie Gordon is struggling, and with each defeat the sack gets closer. His greatness as a player counts for nothing with directors or fans, or the Number 2 who is after his job. Things are no better off the field, and after a failed marriage and the loss of a child, he is taking more and more consolation in alcohol.

Only a decent Cup run is keeping him in work. But how to turn things around with the same players who got him here in the first place? Can he trust this remarkable but often unreliable mix of characters to save him?

Footballers fall into two categories—artists or assassins. With the next round of the Cup at Chelsea away he will soon find out which of his players, from homesick teenage starlet Willie Buchanan, to playboy record signing DD Marland, can deliver for him.

Meanwhile, as the country prepares for a general election, one of the most audacious and high-profile political assassinations in the IRA's history is being planned in London. An active service unit of two men and a woman await the critical signal to proceed. Now both teams—the IRA's and Charlie's—converge on the capital for a result that will alter everyone's lives irrevocably, with consequences far beyond football.