Why the Universe Exists 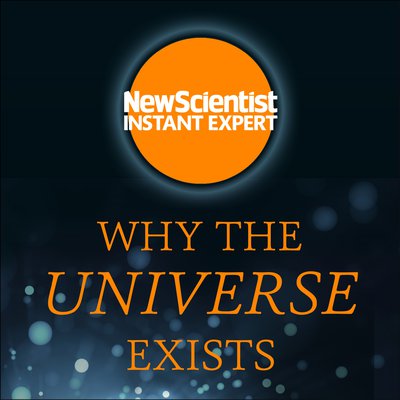 Why the Universe Exists

How Particle Physics Unlock the Secrets of Everything

Why the Universe Exists takes you deep into the world of particle physics to explore how the universe functions at the smallest scales.

As you read this, billions of neutrinos from the sun are passing through your body, antimatter is sprouting from your dinner and the core of your being is a chaotic mess of particles known only as quarks and gluons.

If the recent discovery of the Higgs boson piqued your interest, then Why the Universe Exists will take you deeper into the world of particle physics, with leading physicists and New Scientist exploring how the universe functions at the smallest scales. Find out about the hunt for dark matter and why there is something rather than nothing. Discover how accelerators such as the Large Hadron Collider in Switzerland are rewinding time to the first moments after the big bang and how ghostly neutrino particles may hold the answers to the greatest mysteries of the universe.

New Scientist Instant Expert audiobooks are definitive and accessible entry points to the most important subjects in science — subjects that challenge, attract debate, invite controversy and engage the most enquiring minds. Designed for curious listeners who want to know how things work and why, the Instant Expert series explores the topics that really matter and their impact on individuals, society, and the planet, translating the scientific complexities around us into language that's open to everyone and putting new ideas and discoveries into perspective and context.