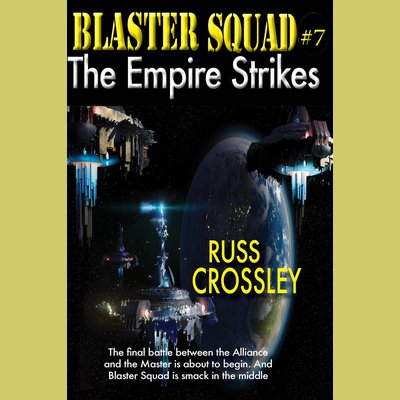 Narrated By: David A. Conatser with Storyline Voice-Over

In this exciting conclusion involving Blaster Squad's battle to save the galaxy from the tyranny of the evil emperor the empire is about to strike a blow to destroy the Galactic Alliance.

If the emperor succeeds a new dark age will envelop the galaxy and freedom and terror will rule the lives of trillions of beings throughout known space.

Blaster Squad is sent on a suicide mission to stop the emperor and his minions before they can reach Alliance space.

Who will die and who will live remains unclear until the very end of this thrilling, fast paced adventure that spans the galaxy.

Nick Justice and his intrepid squad of heroes must defeat the forces of evil or die trying.

Join them on this perilous mission that takes you on a thrill ride you will never forget.