Song for a Lost Kingdom, The Prequel 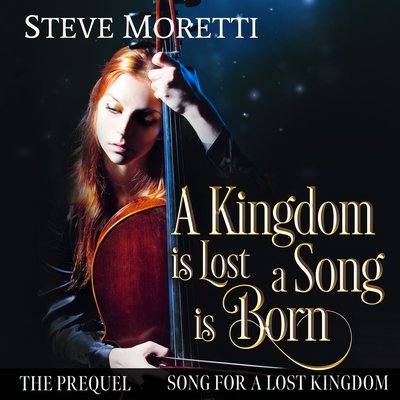 Song for a Lost Kingdom, The Prequel

A kingdom is lost, a song is born

Adeena Stuart and Katharine Carnegie were born nearly three centuries apart. Yet their music and an ancient cello connect them to each other and to a man doomed to die in 1746 after the Battle of Culloden.

Katharine passion is her music, but she is lost for words to complete it in 1745 Scotland. Adeena is a rebellious teenage musician in 2003.

While Katharine must decide which brother she supports in the uprising against England, Adeena and her psychic grandmother glimpse the past calling out to the present.

In this Prequel to the best-selling Song for a Lost Kingdom series, the origins of the story unfold as the Scottish parliament votes itself out of existence in on January 7, 1707. The Drummond's and Carnegie's vow to stand united against it, even though it means they will lose everything they hold most dear.

Voice actors Tom McLean and Bethany Mason combine their talents to lift the story off the page and into your heart. Original music by Paul van Geldrop.