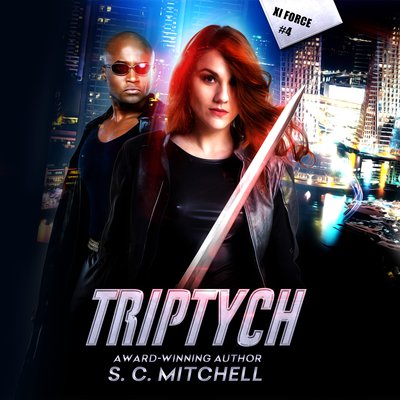 For most of her life Maggie O’Donnell dreamed of becoming an astronaut. Instead, she ended up flying the Xi Force super jet. Not a bad trade-off. And when she inherits the powers of the Irish goddess Morrigan, she steps into an even bigger roll with the super team. But an ancient enemy rises with the inheritance of her new superpowers, one who’s out to destroy her and anyone close to her.

Paul Tompkins is leader of Pike’s rangers, the Xi Force support team. Required to keep Maggie in the friend zone because of his job, her new position in Xi Force suddenly changes everything. But as their friendship sparks into burning passion, an alien invasion force and Maggie’s new nemesis combine to threaten Earth.

Rising to meet this new challenge will take everything Maggie, Paul, and Xi Force have. Can love bloom amidst an invasion from outer space?