Mr Pikes: The Story Behind The Ibiza Legend 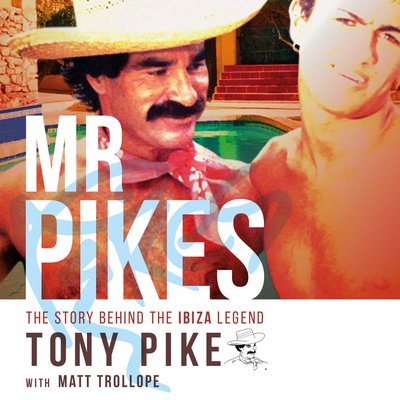 Mr Pikes: The Story Behind The Ibiza Legend

From a poverty-stricken, sexually abused child to a globe-trotting, hedonistic and unapologetic international playboy, Mr Pikes‘ life was the definition of a rollercoaster.

And at his world-renowned Rock 'n' Roll hotel (Pikes) in Ibiza, ANYTHING went.

Partying hard, taking drugs, ripping clothes off A-list celebrities, enjoying the wildest sexual fantasies humanly possible... These were all on the daily order!

And by listening to this autobiography, you now have the chance to embark on this exciting journey.

Yes, the legendary Mr Ibiza has had a long life. But it STILL seems like he‘s lived 100 average lifetimes!

Some of these mind-boggling stories will have you sitting on the edge of your chair, never wanting to leave.

Much-married, hedonistic hotel owner who partied hard with many a pop star and was known as the Hugh Hefner of Ibiza; John Donne may have written that no man is an island, but Tony Pike came close. Known as Mr Ibiza, he was the embodiment of Balearic hedonism, a brash, hard-drinking, drug-taking philanderer whose way with women would have made even the love poet blush.

The resort, now known as Pikes Ibiza, was built, founded and run by Mercury's friend Tony Pike, an English-born Australian adventurer and playboy who had turned a ruined farmhouse into Spain's beacon hotel for sex, drugs and rock'n'roll.

The incredible story of Tony Pike.