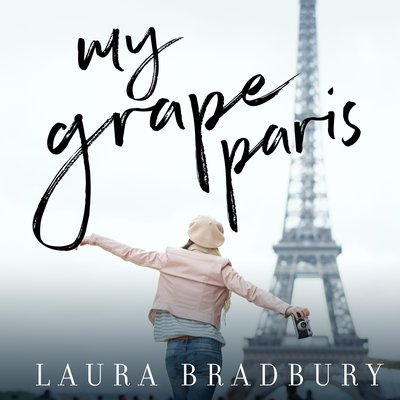 My Grape Paris takes fans of Laura Bradbury's Grape Series to the captivating world of Paris, where Laura has managed to organize an exchange year at the Sorbonne. Franck accompanies her, delighted to return to his native France. Over afternoons napping in an ancient Roman amphitheater and nights gallivanting around the Louvre, Laura dreams of becoming a sophisticated Parisian woman.

However, Laura soon discovers that living in Paris is much more complicated than the fantasy. Besides inappropriate relatives and spiteful teachers, there are also questions that become impossible to ignore. Will Franck stay in Paris after Laura's stint at the Sorbonne is up? Is their Parisian year the final hurrah for their romance? Find out in My Grape Paris, as Laura confronts love and heartbreak in the city of lights.

"Bradbury's Grape Series feels like a series of honest and funny letters sent from a friend about her fascinating (and sometimes baffling) life in France. A beautiful read."

"Bradbury's Grape Series takes the reader on a romantic adventure into the heart, soul, and people of la belle France. Filled with delicious food, love, and laughter, Bradbury's writing proves that you have to dare to follow your heart wherever it leads you...and that sometimes we have to step outside our comfort zone to truly live."

—SAMANTHA VÉRANT, author of How to Make a French Family and Seven Letters from Paris