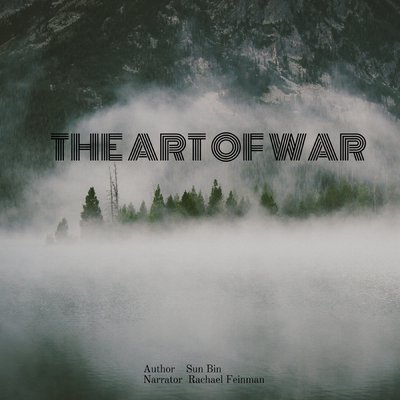 The Art of War is a Chinese military treatise that was written by Sun Tzu in the 6th century BC, during the Spring and Autumn period. Composed of 12 chapters, each of which is devoted to one aspect of warfare, it is said to be the definitive work on military strategies and tactics of its time, and still one of the basic texts.The Art of War is one of the oldest and most successful books on military strategy. It has had an influence on Eastern military thinking, business tactics, and beyond. Sun Tzu suggested the importance of positioning in strategy and that position is affected both by objective conditions in the physical environment and the subjective opinions of competitive actors in that environment. He thought that strategy was not planning in the sense of working through an established list, but rather that it requires quick and appropriate responses to changing conditions. Planning works in a controlled environment, but in a changing environment, competing plans collide, creating unexpected situations.The book was translated into the French language in 1772 by French Jesuit Jean Joseph Marie Amiot, and into English by British officer Everard Ferguson Calthrop in 1905. It likely influenced Napoleon,[1] and leaders as diverse as Mao Zedong, General Vo Nguyen Giap, Baron Antoine-Henri Jomini, and General Douglas MacArthur have claimed to have drawn inspiration from the work. The Art of War has also been applied to business and managerial strategies 。。。。