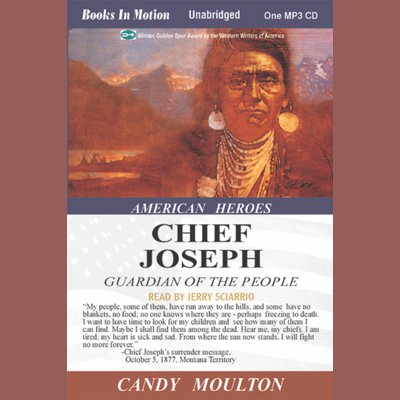 Chief Joseph, of the Nez Perce tribe, lived from 1840 to 1904. He became a legend through his heroic efforts to keep his people in their homeland in Oregon’s Wallowa Valley. For years he tried to accommodate encroaching white men on his tribal lands, but finally gave up and attempted, in the fall of 1877, to lead his people safely to Canada. Born in 1840, Joseph was present at the signing of the 1855 treaty, which allowed the tribe to hold on to a five thousand square mile region in Idaho and Oregon, including their beloved Wallowa Valley. By 1877, a year after the Battle of Little Bighorn, word came from Washington that they had to move to a small reservation instead. Joseph, now chief, decided to take his people through Yellowstone and Montana, hoping to join Sitting Bull and his followers 300 miles north in Saskatchewan. They were caught by U.S. Army troops just forty miles short of their goal, in the Battle of the Bear’s Paw.