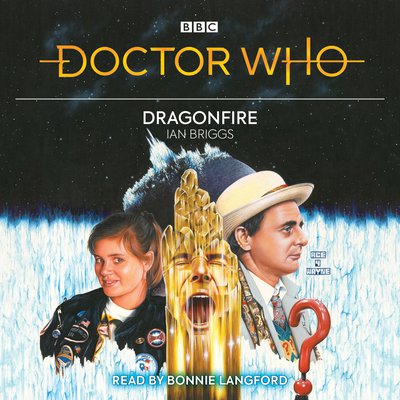 Bonnie Langford reads this novelisation of a classic TV adventure for the Seventh Doctor, as played on TV by Sylvester MCoy.

When the Doctor and Mel arrive in the Space Trading Colony Iceworld, the Doctor can feel that there is mischief afoot. He and Mel don't have to wait long before they discover the culprit, Sabalom Glitz.

Glitz is hot on the trail of hidden treasure, and the Doctor decides to join him. Down in the Ice Passages they go — through the Ice Garden, past the Singing Trees, beyond the Lake of Oblivion — in search of the Dragon's Treasure.

But the Doctor and his companions don't know the true worth of this mythical hoard. Only Kane, the most feared man in Iceworld, knows the secret of the Dragonfire....

Bonnie Langford, who played Mel in the BBC One series, reads Ian Briggs' own novelisation of his 1987 TV serial, which also introduces new companion Ace.