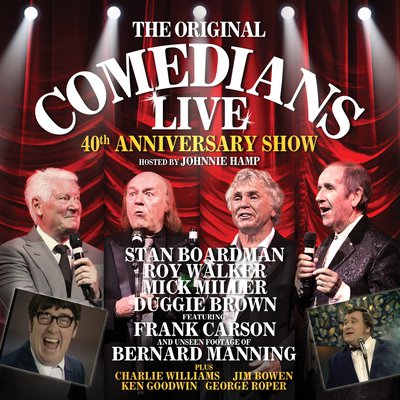 Written By: The Comedians

Coverage of the summer 2011 gig held at the Blackpool Grand Theatre in which various legends of British comedy took to the stage. 'The Comedians' was a long-running ITV entertainment show featuring many of the finest comics of the day. Among those to take to the stage to commemorate the 40th anniversary of the show's first series were Johnnie Hamp, Roy Walker, Stan Boardman, Mick Miller and Duggie Brown. Audio of some of the show's original stars who have since passed away is also included, such as interviews with Frank Carson, Jim Bowen and Bernard Manning.