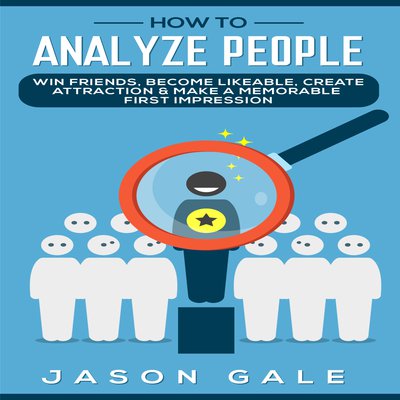 Do you want to become the most likeable person in the room?

Have you ever wondered how some people just illuminate charisma?

The fact is upon your first encounter with someone you have between 7-27 seconds to make your first impression!

Chances are if you're a human being living in a 21st century society you recognize the importance of having strong social skills. These skills are vital for forging friendships, finding work, convincing people, making a memorable impression and becoming likeable. There essential to have especially when interacting with other people.

The fact is your quality of life hinges on the success of social skills! If its one thing I've learned after all my years on studying humans psychology and different cultures around the world, and that's it doesn't matter how much money you have, resources, or prestige. At the end of the day if you do not possess vital social skills you will not thrive in society or reach your full potential as a human being.

Any successful person who has came into power recognizes the paramount importance of social skills. Look We can see evidence of this through public figures such a Barrack Obama, Richard Nixon, Hillary Clinton, Winston Churchill, Martin Luther King Jr, Mahatma Gandhi, and the list goes on and on of the many influential people who have shaped the course of the world's history for the better.

Don't allow another awkward encounter happen or let an opportunity pass you by because you were not prepared.