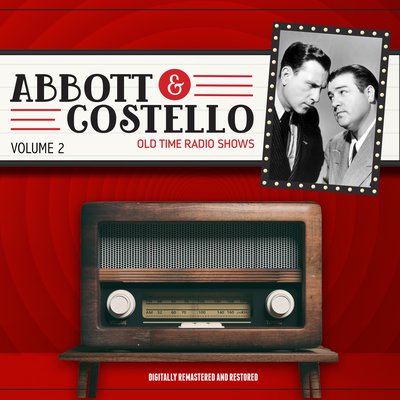 Abbott and Costello were an American comedy duo composed of Bud Abbott and Lou Costello, whose work on radio and in film and television made them the most popular comedy team of the 1940s and early 1950s. The show mixed comedy with musical interludes and special guests. This volume contains episodes of Abbott and Costello from 1944 through 1946 and showcases some of their most comedic shows such as "Lou Promises His Girlfriend a Job", "Bud and Lou Are in a Play", and "Lou's Christmas Party".