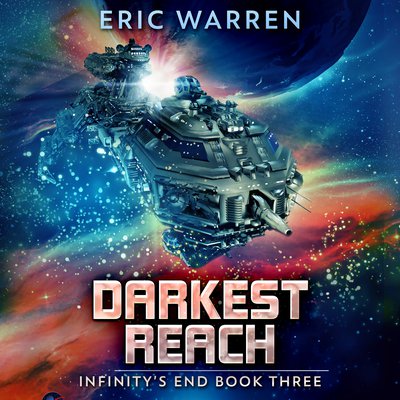 He tried to bury it. But some things refuse to stay hidden.

Having survived his encounter with the mysterious Sil race, Caspian and the crew of the USCS Tempest receive a new assignment: investigate the threat emerging far beyond the Coalition’s borders. With its advanced engines, Tempest is the only ship fast enough to reach whatever is out there before they cross into Coalition territory.

But just because Cas is part of the mission now doesn’t mean the crew has to like it. Being back on board a starship hasn’t been easy, and now that he’s been tasked with keeping their new ally from killing the crew, it isn’t getting any easier. It seems his only option is to bury what the Coalition did to him and return to the model officer he used to be.

Tensions and tempers rise when the ship gets stuck at the edge of a seldom-traveled nebula, costing them precious time and energy. But is there something more to this dark edge of space? As the mystery unfolds, Caspian realizes not only is this unlike anything he’s ever seen before, but he may not be able to bury his past as deep as he hoped.

Brand new from bestselling author Eric Warren, DARKEST REACH is the third installment in the INFINITY’S END SAGA. Fans of Star Trek, Firefly and The Twilight Zone will enjoy this illuminating look into what really resides in the darkest corners of space and our minds. Pick it up today!