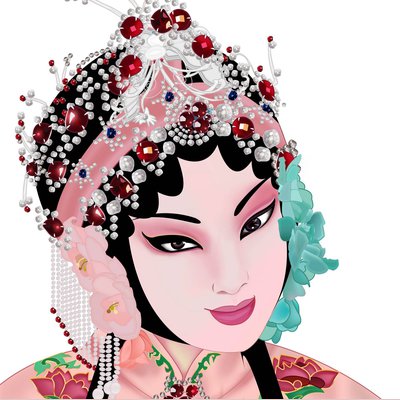 Huangmei Opera, together with Peking Opera, Yueju Opera, Pingju opera and Yuju opera, is also the main local opera in Anhui Province. There are professional or amateur performing groups in Hubei, Jiangxi, Fujian, Zhejiang, Jiangsu, Hong Kong and Taiwan, which are widely welcomed. [6]

Huangmei Opera is a kind of drama developed from folk song, Yangge, tea song, tea picking lamp and flower drum tune, which precedes the countryside and then enters the city. It absorbed many kinds of factors such as Han Opera, Chu opera, Gaoqiang opera, Tea Picking Opera, Peking Opera, and gradually formed its own artistic characteristics. Huangmei Opera has a simple and fluent singing style, which is bright and lyrical, and has rich expressive force; its performance is simple and meticulous, which is famous for its real and lively. A piece of "celestial match" makes Huangmei opera popular in the north and south of the river, and has a high reputation overseas.