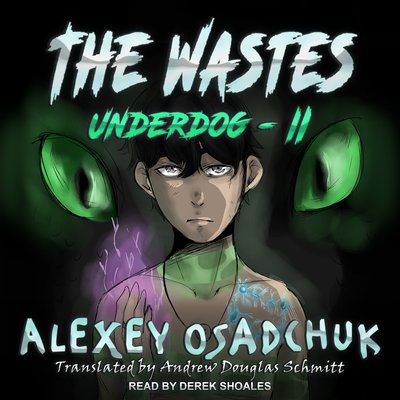 Eric has survived where people much stronger than him have found their deaths. And not just that: he's managed to activate his magic supply, tame one of the most dangerous dungeon monsters, find the ancient city of monster hunters, and rescue Jay, the girl abandoned by the scouts in Gulper's lair.

He left the Dungeons of the Crooked Mountains behind him. Now his path leads him to Orchus, where our freshly-minted mage intends to finally free himself of his debt-repayment oath.

But as soon as Eric and Jay descend into the valley, they discover that the local barons have been attacked by young Corwin's men who have swept through their neighbors' estates, pillaging and plundering.

This makes Eric's task all the more difficult: he has to return to his home city without ending up in his enemies' clutches. You'd think his natural cautiousness and the acute instincts of his pet Gorgie would make this journey a walk in the park—but fickle Lady Luck has her own ideas . . . Once again Eric is being pulled into a bloody vortex of dangers.