At the Center of All Beauty 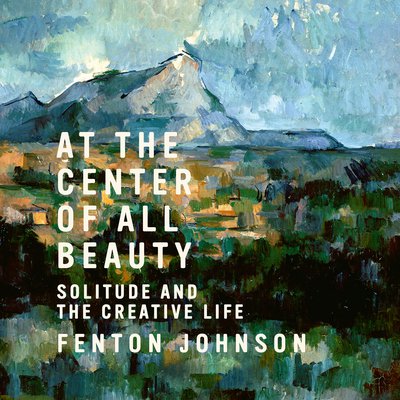 At the Center of All Beauty

Solitude and the Creative Life

A profound meditation on accepting, and celebrating, one's solitude.

Solitude is the inspirational core for many writers, artists, and thinkers. Alone with our thoughts, we can make discoveries that matter not only to us but to others. To be solitary is not only to draw sustenance from being alone, but to know that our ultimate responsibility is not only to our partner or our own offspring, but to a larger community.

Fenton Johnson's lyrical prose and searching sensibility explores what it means to choose to be solitary and celebrates the notion, common in his Roman Catholic childhood, that solitude is a legitimate and dignified calling. He delves into the lives and works of nearly a dozen iconic "solitaries" he considers his kindred spirits, from Thoreau at Walden Pond and Emily Dickinson in Amherst, to Bill Cunningham photographing the streets of New York; from Cézanne (married, but solitary nonetheless) painting Mt. St. Victoire over and over again, to the fiercely self-protective Zora Neale Hurston. Each character portrait is full of intense detail, the bright wakes they've left behind illuminating Fenton Johnson's own journey from his childhood in the backwoods of Kentucky to his travels alone throughout the world and the people he has lost and found along the way.