Concise History of Turkey, A: The History and Legacy of Turkey from Antiquity to Today 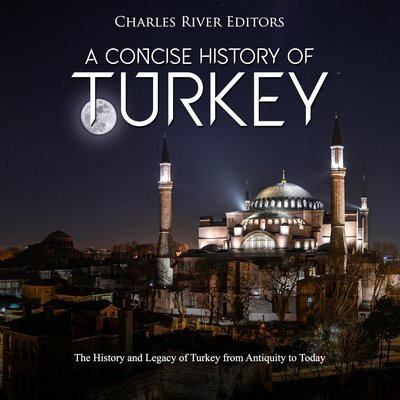 Concise History of Turkey, A: The History and Legacy of Turkey from Antiquity to Today

It was not until the excavations of the 1930s that many of the relics, reliefs, and clay tablets that offer so much information about Persian life could be studied for the first time. Through archaeological remains, ancient texts, and work by a new generation of historians, a picture can today be built of this remarkable civilization and their capital city. Although the city had been destroyed, the legacy of the Persians survived, even as they mostly remain an enigma to the West and are not nearly as well understood as the Greeks, Romans, or Egyptians. In a sense, the Achaemenid Persian Empire holds some of the most enduring mysteries of ancient civilization.

Of course, one of the reasons the Persians aren’t remembered like the Greeks is because of the way the Greco-Persian Wars ended. The Ancient Greeks have long been considered the forefathers of modern Western civilization, but the Golden Age of Athens and the spread of Greek influence across much of the known world only occurred due to the Greeks’ victory in two of history’s most important wars. In 491 BCE, following a successful invasion of Thrace over the Hellespont, the Persian emperor Darius sent envoys to the main Greek city-states, including Sparta and Athens, demanding tokens of earth and water as symbols of submission, but Darius didn’t exactly get the reply he sought. According to Herodotus in his famous Histories, “Xerxes however had not sent to Athens or to Sparta heralds to demand the gift of earth, and for this reason, namely because at the former time when Dareios had sent for this very purpose, the one people threw the men who made the demand into the pit and the others into a well, and bade them take from thence earth and water and bear them to the king.”