Sayings of Lao-Tzu, The 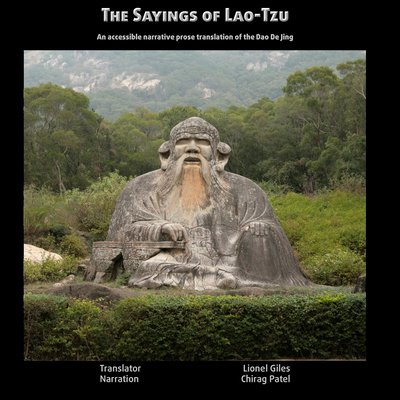 Sayings of Lao-Tzu, The

An accessible narrative prose translation of the Dao De Jing

A prose translation of the Tao that focuses on bringing out the subtlety and depth of the classic Way.

Translations of the famous Way and Virtue (Dao De Jing/Tao Te Ching) focus on the poetics and depth of the original. In contrast, Giles’ translation focuses on telling stories with the text, drawing out the nuances in a way that is more familiar to Western audiences from philosophical and religious texts.

“Few can help being struck by the similarity of tone between the sayings of Lao Tzu and the Gospel enunciated six centuries later by the Prince of Peace. There are two famous utterances in particular which secure to Lao Tzu the glory of having anticipated the lofty morality of the Sermon on the Mount. The cavilers who would rank the Golden Rule of Confucius below that of Christ will find it hard to get over the fact that Lao Tzu said, "Requite injury with kindness," and "To the not-good I would be good in order to make them good." It was a hundred and fifty years later that Plato reached the same conclusion in the first book of the Republic.

It is interesting to observe certain points of contact between Lao Tzu and the early Greek philosophers. He may be compared both with Parmenides, who disparaged sense-knowledge and taught the existence of the One as opposed to the Many, and with Heraclitus, whose theory of the identity of contraries recalls some of our Sage's paradoxes. But it is when we come to Plato that the most striking parallels occur. It has not escaped notice that something like the Platonic doctrine of ideas is discoverable in the "forms" which Lao Tzu conceives as residing in Tao. But, so far as I know, no one has yet pointed out what a close likeness Tao itself bears to that curious abstraction which Plato calls the Idea of the Good.”