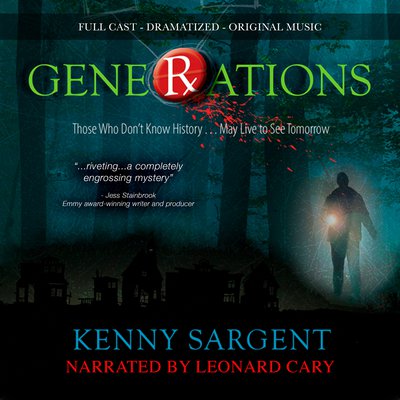 Those Who Don't Know History ... May Live to See Tomorrow

April 1964... A pharmaceutical cover-up pushes William Nolan to an impossible choice: implicate himself in a murder he did not commit or lose his family. In the weeks that follow, a drug with terrible side effects gets pushed to market prematurely, causing the suffering of thousands around the world. Three generations later... Jordan Nolan wants nothing to do with his hometown or his last name. Just weeks from his ticket out, a mysterious informant dangles a clue that could clear his great-grandfather and implicate a powerful leader in the drug industry. A lost treasure hunt, a trail of forgotten secrets, and a cryptic message in an ancient Bible thrust Jordan into a Pandora's Box of lies and danger that will cost him more than his future if he pulls on the wrong thread. From the underground catacombs of Western Colorado to the DC corridors of power, those who don't know history... may live to see tomorrow. FULL CAST | DRAMATIZED