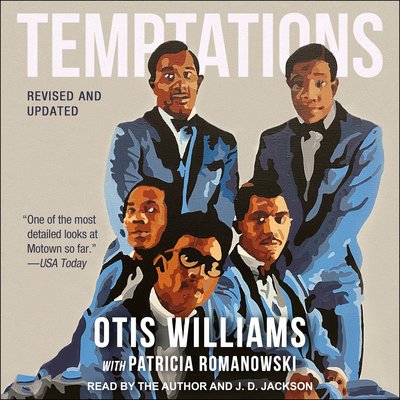 The Temptations were named the "#1 R&B/Hip Hop Artists of All Time" by Billboard Magazine in 2017. They are one of the most iconic, bestselling brands in the entertainment world today, and their journey is one of the most extraordinary stories of the twentieth and twenty-first centuries. The Temptations' heritage, influence, and contributions to American culture and the global music landscape is undeniable. The group produced some of the greatest music of our era and it transcends generations. Through the years, the group's trademark razor-sharp choreography, finely tuned harmonies, and compelling vocals made them the exemplars of the Motown sound. Their story is one of courage, struggle, triumphs, setbacks, and ultimately, international superstardom. As told by its founder, this is the frank, revealing story of the legendary supergroup, that is the source of the Emmy-winning television miniseries Temptations and the smash hit Broadway musical Ain't Too Proud: The Life and Times of the Temptations, which won the 2019 Tony Award for Best Choreography.